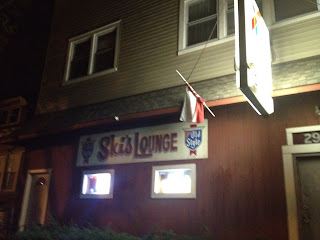 Our 50th Old Style Bar was a place called Ski’s.  If you go there expecting a lodge atmosphere, you’ll be quite disappointed.  This place is named Ski’s for another reason.  The great part about Ski’s is that it is a true dive bar, and a true Old Style bar.  The sign says it all!  It’s not positioned along a main street, but two blocks off of Milwaukee Avenue, just stuck in the neighborhood (similar to Millie’s and the Corner).  Walking in, my brother and I realize we’ve been to this type of bar before (Rose’s, Sunnyside Tap, Sportsmans), but for some reason, Ski’s seemed even more familiar to me.  The wood paneling on the walls, the lone pool table, and a few cheap liquor bottles behind the bar…this was my grandparent’s basement, reincarnated.  Until I was around 10 years old, my grandparents lived in a small house in Harvey, IL.  It wasn’t much, but my grandpa had his own bar in the basement.  Even back then I thought it was cool, and vowed to have my own basement-bar someday (still hasn’t happened yet).  The grandkids weren’t allowed to use the cue sticks while playing pool, for fear that we would ruin the green felt top.  We had to roll the cue ball with our hands, and this is how I “shot” pool until I was in high school. 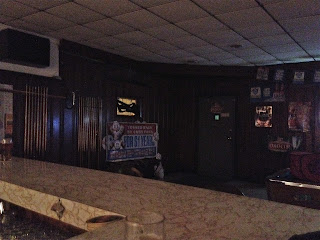 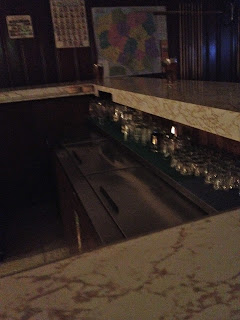 Ski’s was a little different from Bob’s Place (a.k.a. Grandpa’s basement).  He didn’t have Old Style or Okocim on tap (which were the only draft options), and his TV wasn’t on a Polish channel.  I’m pretty sure we were watching the Polish version of “How I Met Your Mother”, except their Robin was a lot hotter and blond.  The bartender was a sweet old lady who reminded me of my grandmother, but spent most of our time there in the back room talking to her husband (who did not remind me of my grandfather).  There were two other old guys at the bar, both paying attention to the TV and the bottom of their glass.  I am assuming that with it's proximity to Logan Square, this place may get a little crowded on the weekends, but tonight we were reminded of the past, and I almost wished we were asked to not use the cue sticks. 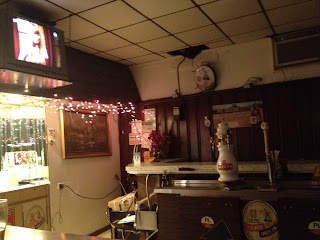 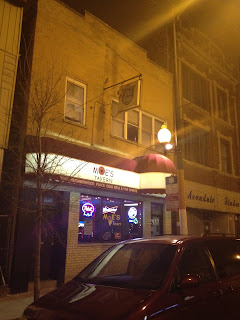 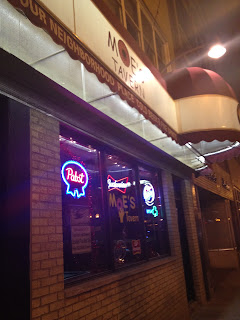 I used to drive past Relax lounge all the time when I lived in Logan Square, but it seemed like a shady dive bar, so I never went in.  Now that I have been doing this blog, I was excited to finally get to Relax,  but alas, it closed and now Moe's Tavern is in it's place.  Doh!

Nothing unique about this place - it's obviously a ripoff of Moe's from "The Simpson's", down to the Simpson art on the awning and windows.  They don't have Duff beer (actually a decent selection of craft beers), but you can order a Flaming Moe!

The interior is really stale...it seems like an office in a strip mall that was converted into a bar.  This couldn't have been how Relax was...Moe's was just very BORING and too clean--it had no character.  Christ, it had CARPET!  There was a cute bartender, but that couldn't help Moe's, as there were only 3 other people in the bar. 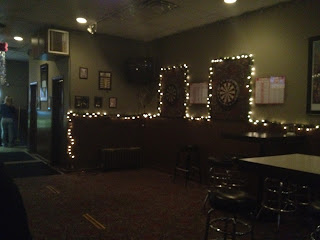 So, after doing some research...it appears that Moe's was served with a cease-and-desist order from Twentieth Century Fox for copyright infringement.  It appears they haven't taken it too seriously, as some "minor" changes were made to the mural on the wall.  A great bar gets it character from it's bartenders, customers, and overall atmosphere.  Moe's has a long way to go, as the only character it has is in the form of a 20 year-old cartoon.

Goofy's is another decent neighborhood bar, with nothing too exciting about it.  The owner's nickname is Goofy, and there is a lot of Disney memoribilia strewn about the bar...  The bartender was kind of a tough guy, so we didn't feel comfortable taking pictures.  One beer, and OUT! 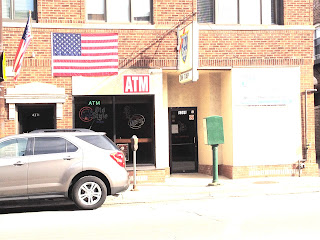 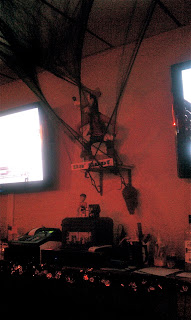